One of the great things that makes us human is our imagination. Fueled by our reservoir of curiosity, emotion and desire, imagination helps define us as conscious, living, beings. Because we dream, we imagine, and because we imagine, we create. But robots, as first envisioned by science fiction writers and Hollywood movies, were usually cold and unfeeling metal machines.

They had no imagination of their own. No dreams. No desires. They were not sentient and therefore not truly alive. But as the years passed, science fiction writers began to imagine a different kind of robot– a robot with the capacity to simulate and feel human emotions; a new breed of machine who could do more than serve us. They could be our friends. 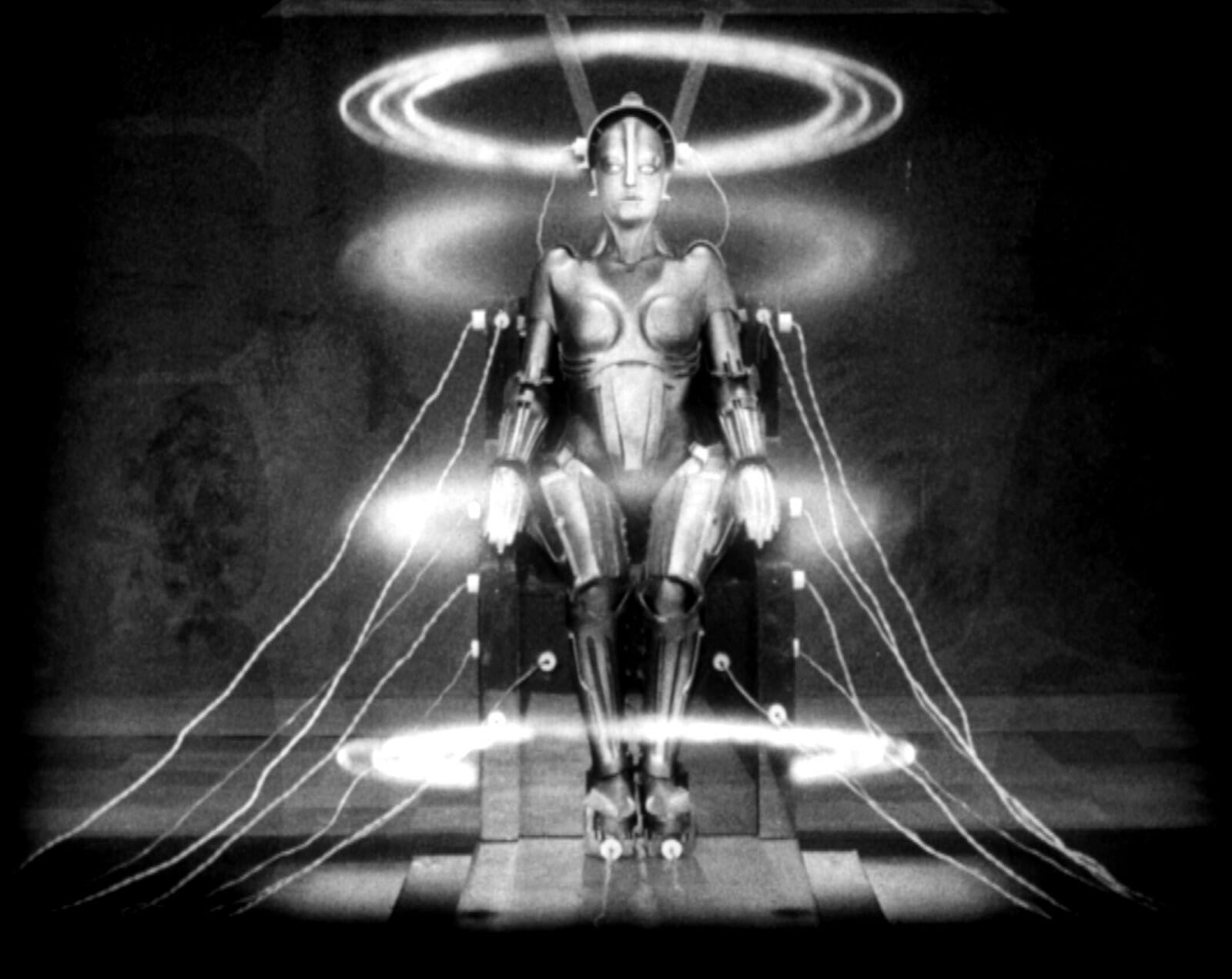 This new generation of robots were full of personality. Over the last fifty years, they’ve turned up everywhere in Pop Culture: From R2-D2 and C3PO to the Bicentennial Man, Short Circuit, even Hanna-Barbara cartoons like Frankenstein Jr, and the Jetson’s Rosie. As I said in part one of our series, one of my personal favorite robots as a kid was the B-9 from Lost In Space. At first the B-9 was just a cold, lifeless tool recruited by the Evil Doctor Smith; a menacing weapon that, under Dr. Smith’s orders, would attempt to murder the Robinson family. But as the series progressed, young Will Robinson tinkered with the robot’s original programming, making him friendlier and more human. 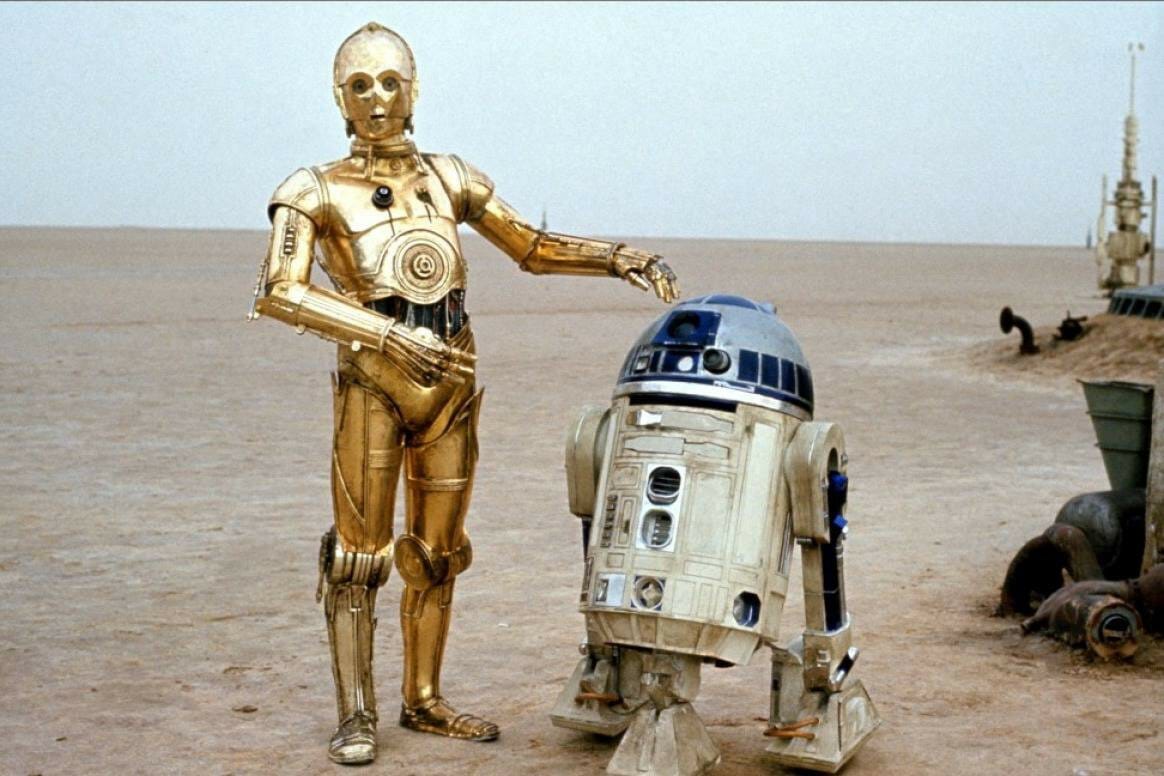 The B-9 robot went from cold-hearted menace to trusted — even charming — family companion; a boy’s best friend. This stirred the imagination of every child who loved Lost In Space. What kid wouldn’t want his own personal robot friend? This transition from menace to friend is also used in the wonderful, Warner Brothers animated film, The Iron Giant. Hogarth, a nine-year-old boy, befriends the powerful titular robot who, unfortunately, could change from a gentle friend to a dangerous weapon in an instant — a childhood companion with life and death mood swings! If robots could feel human emotions, then it only made sense to create a robot who wanted to become a human being. 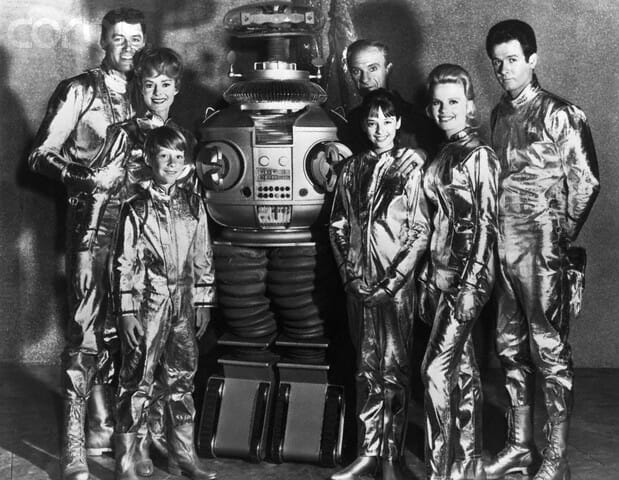 A robot’s journey to becoming human became a popular theme in recent science fiction. It’s called The Pinocchio Syndrome. In television, the robot’s quest was best realized by the imagination of Gene Roddenberry. In Star Trek: The Next Generation, Gene created the character of Data, played by actor Brent Spiner. Data was an android with milk-white skin who could not feel emotion but was determined to understand human behavior in the hopes of becoming more human himself. Data’s struggles to decipher human behavior were often frustrating, humorous, and a sly way for Gene to comment on the human condition. 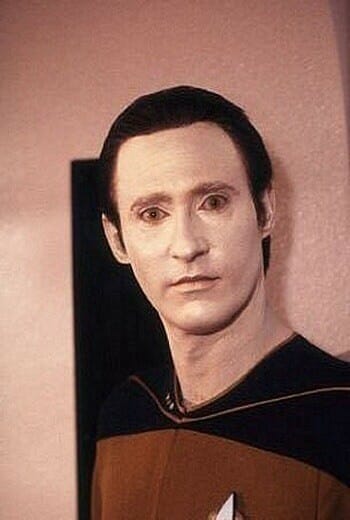 One of the most imaginative movies about a robot’s quest to become human is Steven Spielberg’s collaboration with the late Stanley Kubrick on the 2001 film, A.I. (Artificial Intelligence). A.I. told the story of a boy robot named David who was programmed to be capable of love. David was created to make a woman happy after the death of her son. But David is eventually rejected by his new human mother and abandoned in a forest. Lost and on his own, David becomes obsessed with becoming human and believes if he can become a real boy then his mother will return to love him. The power of Kubrick’s and Spielberg’s combined imagination brings to life a strange, post-apocalyptic world filled with exotic robots designed in all shapes and sizes.

These robots are called Mechas. Mechas all seem to have a self-awareness bordering on being human. At the end of the movie, David’s quest to become human propels the story thousands of years into the future to an age where mankind is extinct and a super-evolved version of Mecha now rules the world. When these Mecha excavate David, who was trapped, frozen underground for thousands of years, they are eager to revive him to learn more about the mysterious race of human beings who made David in their image. 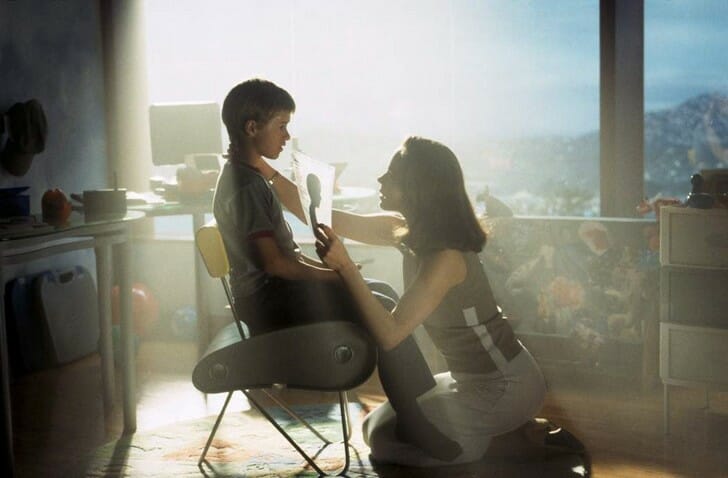 The Mechas discover the most important thing to David is the love of his human mother. To make David happy, they clone David’s mother and bring her back to life for just one day. In doing so, the story ingeniously comes full circle: The robot was created to make his human mother happy. And now, at the story’s end, a human mother is created to make the robot happy. The robot has now become equally as important as the human it was first created to serve. The film’s ending prompts us to use our imaginations to reconsider and expand on our idea of what being human could mean in the future still to come.

A special thanks to ICOnow.