Everyday it seems we get closer and closer to living in the world of Star Trek. It is incredible when you think about it how much of today's everyday tech is right out of Star Trek. Two of the most common Trek items that many of us use every day are the Automatic door and handheld communicators. These devices are straight out of the Star Trek world. Many of our first cell phones were even flip phones. Bringing Science fiction right out of Captain Kirk's pocket and into your everyday life.

So, what about the Phaser?

When Star Trek first aired laser technology already existed yet the likelihood it would ever find its way onto the battlefield much less a red shirt Infantry man's hands were inconceivable. Why is that you ask? Simply put a generator the size of a house was needed to supply the energy to use these lasers. What if I were to tell you we are getting closer and closer to the phaser every day? Most of you would likely think that is not even possible. I am here to tell you that it might not be as far off as you think.

It has just been announced that China has a real laser gun that can cause serious damage to human beings; a breakthrough that is equally amazing and terrifying.
Can we please just use these on marshmallows instead?

What about large scale laser weapons?

Though this personal “phaser” is a new breakthrough, vehicle mounted “Laser Weapons” have been in testing for years now. With new advancements in technology and miniaturization, that same generator that were once the size of a house today are small enough to fit in the back of a flatbed truck!

These lasers have even been field tested and proven that even at the prototype stage they are able to efficiently shoot down missiles, drones, and watercraft. Lasers have even been deployed into a war zone at least once.  Lastly, another thing that has help move the technology forward is that the new Ford-class vessels were designed with the power generation needs of lasers in mind.

Interesting note: most current laser weapons are blue or red beams of light; they are actually invisible!

Amazing Trek stuff aside, why are we developing laser weapons? Even though the research of laser technology has cost billions of dollars to perfect, it has some major advantages over traditional weaponry. Once the technology comes into full production a laser can be fired for around one dollar per burst. With far more accuracy than any other conventional weapon currently in use. It is also worth noting just for the individual use of anti-missile defense alone the average missile costs over 3 million dollars each. That’s a transition from the cost of a hollywood mansion per use, to less than the cost of a Big-Mac.

We live in an age where conventional hypersonic missiles are a real thing. These missiles travel at Mach 7, that is more than 5 thousand miles an hour. Weapons traveling at these speeds pose many problems for crews who need to quickly react to shoot them down. More so when these missiles are heading at targets away from the crew’s location. Resulting in tremendous difficulty to overtake and neutralize these kinds of weapons.

Lasers on the other hand travel at 186,000 miles per second more than fast enough to deal with any hypersonic weapons. Or any conventional weapon for that matter as nothing other than light itself can travel that fast.  With this sort of speed, we’d be slightly more prepared to handle an alien invasion.

One of the surprisingly Star Trek things about lasers is the added benefit of their superb accuracy. We all have seen Captain Picard when forced into a conflict resort to target his opponent’s weapons or shields. In tests it has been proven that lasers are capable of pinpoint striking their targets.

There are videos on the internet of laser systems targeting and striking motor boat motors leaving the rest of the vessel intact. In an era of growing pinpoint warfare with the intent to minimize innocent casualties. Lasers are a powerful step in the right direction. 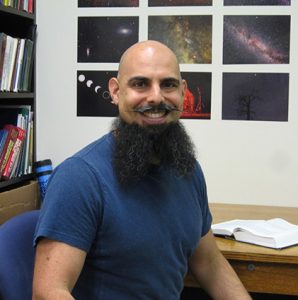 "The biggest challenge that lasers face for ultra-long-range use is that of collimation. We have reflectors on the Moon that we shine lasers at for ultra-accurate lunar laser ranging experiments; at present, only 1-in-10^17 photons makes it back to us. If we can better collimate our lasers, we could not only institute an extremely effective array of weapons from space, but potentially for the ultimate peaceful purpose: accelerating a spacecraft towards an interplanetary or interstellar destination."  - Ethan Siegel, Physicist, Futurist and Atomic TV Advisor

In addition to accuracy, speed of response and cost there are other things that factor into the benefit of laser weapons as well. Laser weapons have no need for ammunition. Saving valuable space for other items.  On navy ships space is a precious commodity. Further Lasers are surprisingly minimal maintenance once they are operational. Laser weapons also have a considerably long lifespan once put into service. 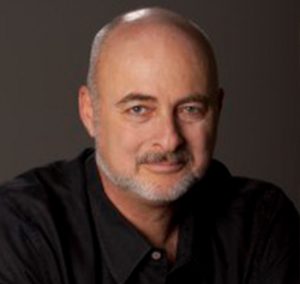 “Probably every US military officer has read the recent novel GHOST FLEET which starts with agents aboard a Chinese space station zapping every US comms and spy satellite.  One of the most important things we could do is build a Lunar orbital station, where we could analyze potential asteroidal resources, get paid for services by Apollo-wannabes... but also garage backup assets far from such potential attacks.” -  David Brin, Astrophysicist, Best Selling Author and Atomic TV Advisor

While lasers are a still a little way off from being commonplace, the day that we will begin to see them more and more regularly on our naval vessels. Some planes and on some military ground vehicles equipped with on a flatbed trailer power supplies.

We are absolutely a long way off from a prototype working handheld phaser. That said, no one is willing, now, to say that it is an impossibility to create a phaser. After all, who would have thought that less than 60 years ago ship mounted lasers were a thing of pure fiction.