They say that space is the final frontier, but when it comes to the area immediately surrounding our planet, we have that pretty much figured out. While interstellar travel is still beyond our grasp, we can send satellites and shuttles into orbit like it’s nothing.

Although we’ve mastered the art of putting ourselves into space, the whole process can be kind of an ordeal. Not only does it require a lot of fuel and resources, but it can put the human body through a lot of stress. Needless to say, the experience of launching out into the cosmos can be improved upon significantly.

One idea that’s been gaining steam in the past few years is the concept of a space elevator. Imagine getting into a pod on the surface of the Earth, hitting the button for the top floor, and exiting inside of a space station. 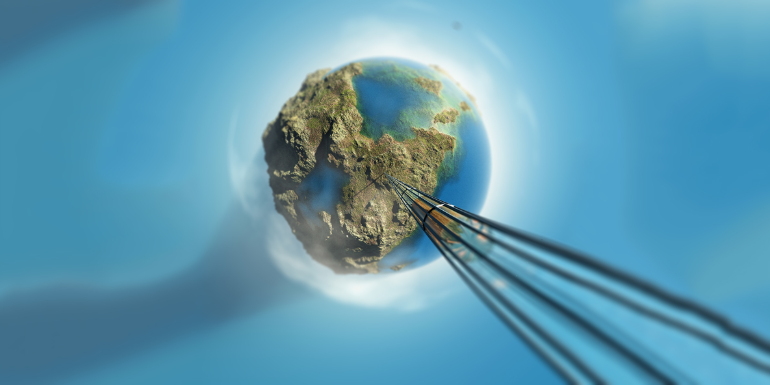 Are space elevators a realistic vision of the future, or just a pipe dream that is destined to remain on the concept page? We decided to take a serious look at the viability of space elevators - how they work, whether or not they can be built, and what that would imply for humanity as a whole.

What is a Space Elevator?

The idea is pretty simple, even if the mechanics and logistics are a little more complicated. Essentially, the way that most space elevators are designed is that there is a cable attached to the equator at one end and a counterweight at the other. The counterweight could be a meteorite or some other object with significant mass that will keep tension in the cable.

Standard elevators use a simple pulley system to move up and down, although that would not be feasible with a space version. Instead, the compartment would have to be self-propelled, using the cable as a guide to move from the surface to what’s called geostationary orbit.

Overall, the components involved in a space elevator would be:

This system would use the natural centrifugal force of the Earth’s rotation to keep the cable and counterweight in position, and the compartment would also try to use these forces to help make ascension easier. 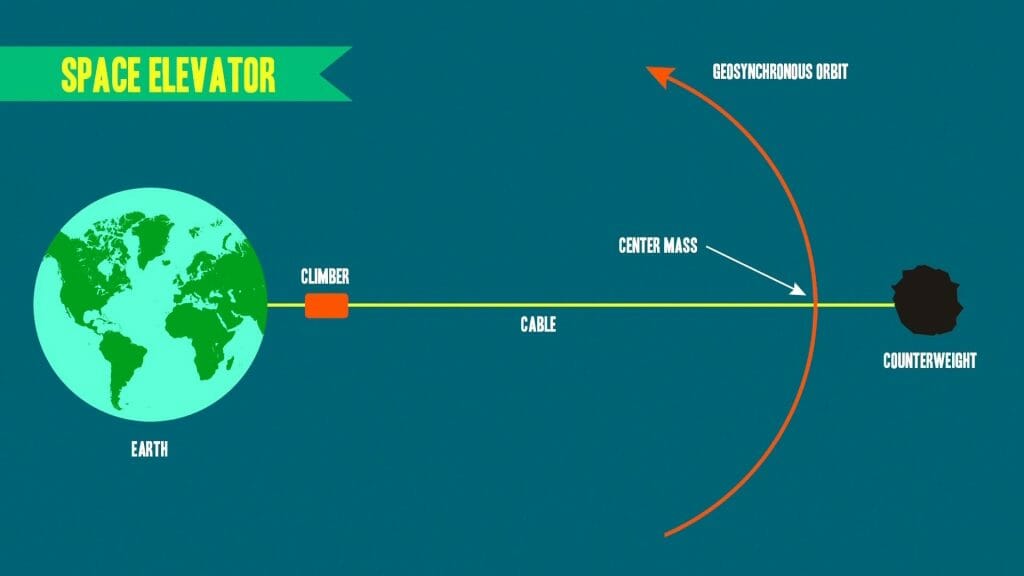 What are the Benefits?

Before we can even begin to discuss the particulars of such a project, the first thing we should consider is whether or not it’s a good idea at all. What would be the primary benefit of having a space elevator in use?

Cost Savings - Right now, it can be about $20,000 per kilogram or more to launch ourselves into space. When you consider the weight of most space shuttles and their cargo, that can be a hefty price tag. With a space elevator, that cost could be reduced substantially, down to about $250 per kilogram on the low end.

Accessibility - if you’ve been paying attention to eccentric billionaire news, you may know that Virgin is planning on sending people into space for a ticket price of $250,000. While the company’s first shuttle is still a ways off, the expense means that only the rich can afford to explore the world beyond the sky. With a space elevator, however, people and cargo can move into orbit much faster, making it easier for both governments and private citizens to get a taste of the infinite void.

Because of the overall simplicity of the structure itself, it can be easy to assume that it’s only a matter of finding the right materials for the job and finding a country crazy enough to bankroll such a project. However, some substantial roadblocks will keep space elevators in the realm of science fiction for now.

When we talk about a cable system, you may imagine a giant steel cable like the ones we use to hold up bridges. However, the material has to be both stronger and lighter than anything we currently have in production, meaning that we have to invent something that can withstand the rigors of the job before we can even think about finding a suitable anchor point.

Many scientist and engineers think graphene could be a suitable material to build such a cable.  Graphene is an arrangement of carbon nanotubes which forms a material 1,000 times stronger than steel and unfathomably light.  The only problem is we haven’t found suitable means to produce more than a few meters. That’s a far cry from the 35,786 km the cable would need to be.

One thing that most people can agree on is that the best place to put a space elevator would be near the equator to best utilize the Earth’s rotational capabilities. However, one issue with that is the Coriolis effect, which causes objects to move perpendicular to their rotation. Usually, this has to do with storms moving North or South from the equator due to the spin of the planet, but a space elevator would also experience this, meaning that the cable and counterweight would have a significant wobble.

Most people imagine space as a pristine vacuum. Unfortunately, the reality is that there’s a ton of space junk up there. As a species, we’re really good at putting stuff in space, but not at bringing it back down. Having a giant cable and an elevator compartment can cause problems for passing satellites and other items in our orbit.

Realistically, the cost benefits of having a system like this won’t outweigh the logistical issues inherent to the plan. While it can seem like a good idea in theory, it could be a massive disaster in practice.

Thus, for the time being at least, space elevators will remain science fiction instead of science reality. Speaking of which, Atomic TV’s new comedy series, ‘Floaters’, revolves around a space colony at the end of a space elevator and the lives of its inhabitants.  Though the show features a more playful and imaginative portrayal of this technology, it does make you wonder...