In the middle of the 1960s, when at-home technology meant a color television, a vacuum cleaner, and maybe an automated dishwasher, “Star Trek” presented us a world of interstellar travel, advanced artificial intelligence, teleportation, and, of course, phasers. With entertainment like that, it’s no wonder that Trekkies grew up to become some of today’s greatest tech influencers.

And with leaders like these heading up some of today’s biggest tech companies, hopefully we’ll all get our phasers soon.

In fact, Marty openly admits that the design for Motorola’s first commercial handheld cell phone, the 1983 DynaTAC 8000x, was directly inspired by the hand-held communicators shown on “Star Trek.”

Though they tried, they weren't exactly able to achieve that sleek, flip phone design until several years later. The DynaTAC 8000x weighed 1.1 pounds, had just 30 minutes of battery life, and was priced at $3,995 – that’s OVER $9000 today.

Okay, okay, so Ford isn’t exactly known as a ‘tech company.’ But when the technology and innovation department of one of the largest and most influential companies in the world is headed up by a man who went into engineering because he was inspired by Star Trek’s vision of the future, that’s worth noting. 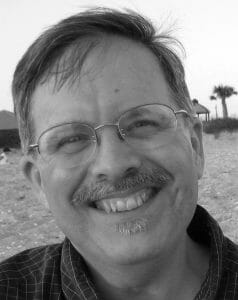 "I remember seeing the original Star Trek series as a lad. It was thought-provoking and packed with action and drama. But most importantly, it conveyed an optimistic and amazing view into the future. Every week, you could go where no one has gone before and visualize how technology could transform everyone's way of life for the better. To a boy who learned to build go-carts from old lawn mower engines, the show fed the imagination of what might be possible to invent. Maybe a human transporter might be beyond reach in my lifetime, but not speaking to a computer, wearable communicators, or universal translators in near real-time. I later became an electrical engineer, and yes, I'm still a fan. Now if I could only remember where I found those dilithium crystals."

Ford has been filing some pretty interesting patents lately- for example, a design for airbags that come out of a central table in the conference room style setup of a future self-driving car. While that does sound cool and all, Bill, how’s that transporter coming along?

Yep, that’s right. Jeff Bezos, one of the top three richest people in the world, is a Trekkie. That makes sense considering that aside from Amazon, Jeff’s major passion project is a space tourism company called Blue Origins. If you go to their website, the description reads like something that could have come out of the mouth of Gene Roddenberry himself.

“Earth, in all its beauty, is just our starting place. We are of Blue Origin, and here is where it begins.” -- Blue Origins

So when can you take your trip into space? Rumor has it, sometime next year. And with tickets priced at just $200,000 to $300,000 a pop, that actually seems pretty affordable (if you’re Jeff Bezos.)

Luckily for the rest of us, Amazon has created some Trek-inspired technology that we can use right at home with Amazon Echo, the smart personal assistant.

According to Amazon’s David Limp, Alexa was inspired by the conversational computer on Star Trek. And with the latest update, she even speaks Klingon.

Love him or hate him (but how could you hate him?), Elon Musk is one of the biggest players pushing our world towards the techno-utopian future Star Trek first presented back in 1966. From solar power, to electric cars, to hyperloops, to private space travel, this man is really making things happen.

Plus, he just gives off kind of a Spock-ish vibe.

"I mean, I love technology. So I-- yeah, what I mean-- particularly when I was a kid I'd just consume, like, all science-fiction and fantasy-- you know, movies, books, anything at all, even if it was really schlucky. So, in terms of sort of key influences, I mean, I certainly like Star Trek, because that actually shows like more of a utopian future. Like, it's not like-- things aren't horrible in the future. It's like, there's so many bloody post-apocalyptic futures. Like okay, can we have one that's nice?” -Elon Musk

Couldn’t have said it better, Elon.

While Steve Jobs may have become the more famous Apple Steve, techies know that Steve Wozniak was the real engineering brains behind the operation. And while it probably comes as no surprise that the company that created the iPad drew on some serious Star Trek inspiration (remember the PADD, anyone?), according to Wozniak, things go much deeper than that.

“Star Trek had done so much for me. I’m not sure I would’ve had the inspiration that I had to ever start Apple, and do all these technical things, and I don’t think I would’ve had the meaning in my life if I hadn’t gone to Star Trek conventions when I was young, and had a car, and could drive to Southern California to attend them.” -Steve Wozniak

That statement proves what every Star Trek fan knows, and every sci-fi creator aims for: the sci-fi dreams of today inspire the real-world creations of tomorrow. So next time you pull out your iPhone to read the news about the latest SpaceX launch, thank a Trekkie.

At Atomic, we’ll feed the minds of the next great entrepreneur -- the next Steve Jobs, Jeff Bezos, Paul Allen, Ray Kurzweil, and Elon Musk.  Atomic aims to inspire not just the tech visionaries, entrepreneurs, creators, renegades, and “the crazy ones,” but all minds open to the wondrous possibilities of a brighter future together.  Let’s build the future we want to live in today.