We’ve all heard about Elon Musk’s work toward perfecting Neural Lace. In theory, Neural Lace is an artificial implant that is placed in the brain that, upon the brain tissues healing around the Lace, becomes incorporated to the brain tissue. It encourages new brain growth through a not-yet understood process, and is being studied as a means to solve many problems that humans often encounter in the rigors of aging, Alzheimer’s, and potentially curing broken connections between the brain and body following strokes or other injury.

Some people may not be familiar with what Neural Lace is in practice. Since Neural Lace transmits bio-feedback recorded from the brain, the medical implications of a successful version of Neural Lace would mean people suffering from a variety of medical conditions that are linked to brain functions could be cured with an implant.

Scientists are studying the use of Neural Lace injected into the spine to create a sort of message center between the spine and paralyzed legs or prosthetic legs, which would require their own computer. The Neural Lace essentially replaces the broken biological neural connections, or establishes one to a prosthetic body part. This would allow the user the full use of the prosthetic without manual manipulation.

The non-medical implications? People who would desire to do so could use Neural Lace to create an ingrained connection between the human brain and a computer. Instead of relying on input from us, a computer could be able to read our minds, monitor our body systems, and provide feedback to an external source that would then react.

That sounds pretty extreme, but this has already been attempted. As seen in this article, authored by Rachel Metz, Richard Ramchurn has been producing movies that require the viewer to watch a headset. The scenes in the movies adjust according the feedback provided by the headset that cover the electrical impulses created by your brain as you simply think, get bored, or pay more attention.

Or this article, authored by Joshua Rivera, about the video game Nevermind, that pairs users with a heart-rate monitor that supplies biofeedback to the game, which responds by changing it’s formatting to be more frightening for the player.

Let’s take a moment to consider the implications of this. At some point in the very near future, it’s possible that the technology that allows this will be perfected, and the work to make it more cost-effective will begin. Once there’s a point between affordability and profit for the use of these technologies, we as consumers in entertainment are facing an entirely new reality.

This technology could mean that any device that has the capability of receiving bio-feedback via a wireless means could potentially be programmed to also provide feedback to our brains. Depending on what it’s programmed to do in response, this could be the most exciting or frightening experience we’ve had.

The obvious use would be in virtual reality. Individuals who already engage in role playing games could use the devices to achieve a more immersive experience. For the duration of the game, they are no longer playing the game, they would have the full sensation of being in the game and receiving real-time environmental feedback to their emotions and visual stimuli.

For movie viewers, the technology could be equally immersive. Science has already told us that our emotional response to sounds, lights, and other stimuli is virtually impossible to control. If we were connected to a device that read these responses, there would be no bluffs in how we were feeling. A movie designed to read these responses and reply with a fitting change to either avoid or enhance them would be entertainment on a primal level.

Imagine being able to play a video game or see a movie and not only be immersed in the experience, but be provided the bio-feedback that enables you to feel what you are experiencing. It’s no longer just you and your reactions, the video game or movie is watching you. It’s programmed to care about how you feel.

This raises the experience of entertainment from one-sided, the viewer, to two or three sided. Every experience will then depend not only on the viewer, but the producer’s vision and the programmed responses in the system. 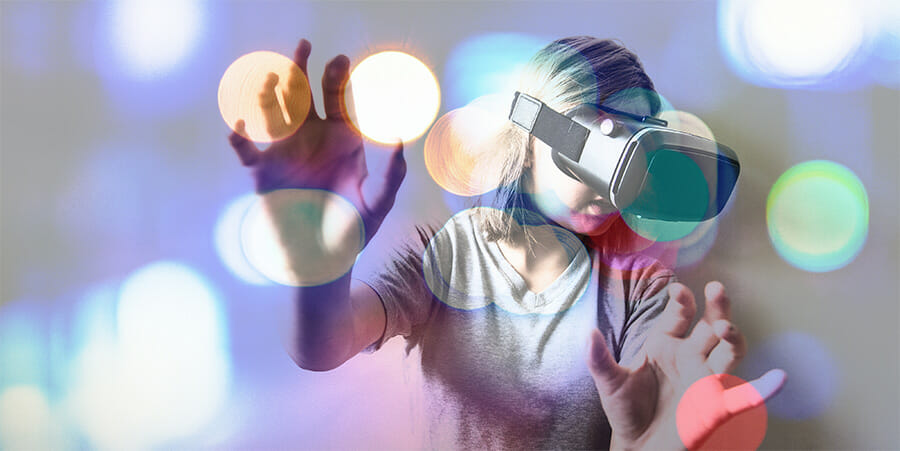 Neural Lace could take the user out of the standpoint of someone who experiences entertainment as either a pass/fail on value based on their own perceptions, and put them directly into interaction with the media in a way that enables the visual stimulus to constantly change and become a living environment.

Whether Neural Lace enables us to become one step closer to bionic limbs, turn our eyes into recording devices, or make movies and video games so real to us that it’s difficult to tell reality and media apart, it’s apparent that the technology is changing the way we experience entertainment.