Check back here for what's up next at Atomic! 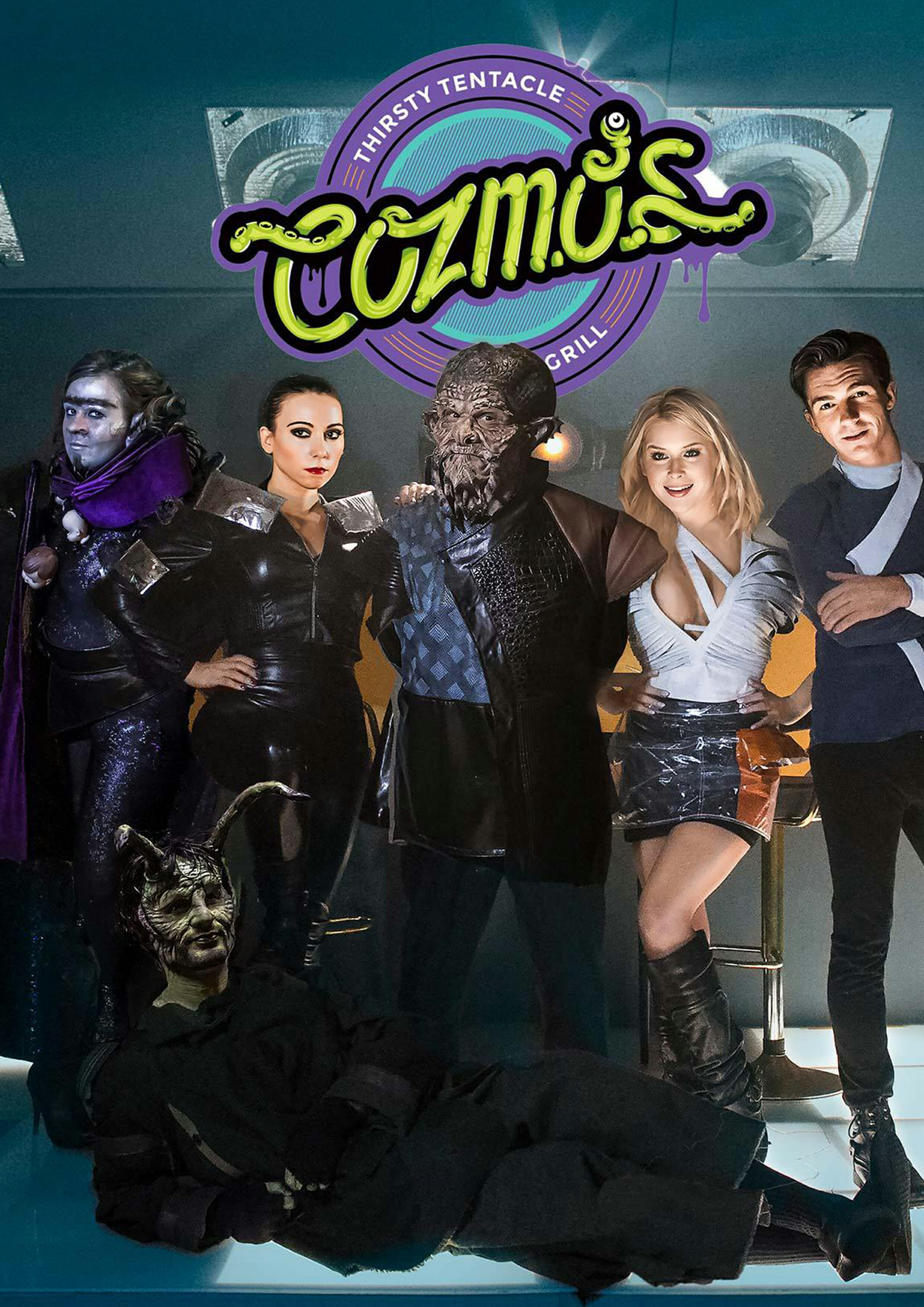 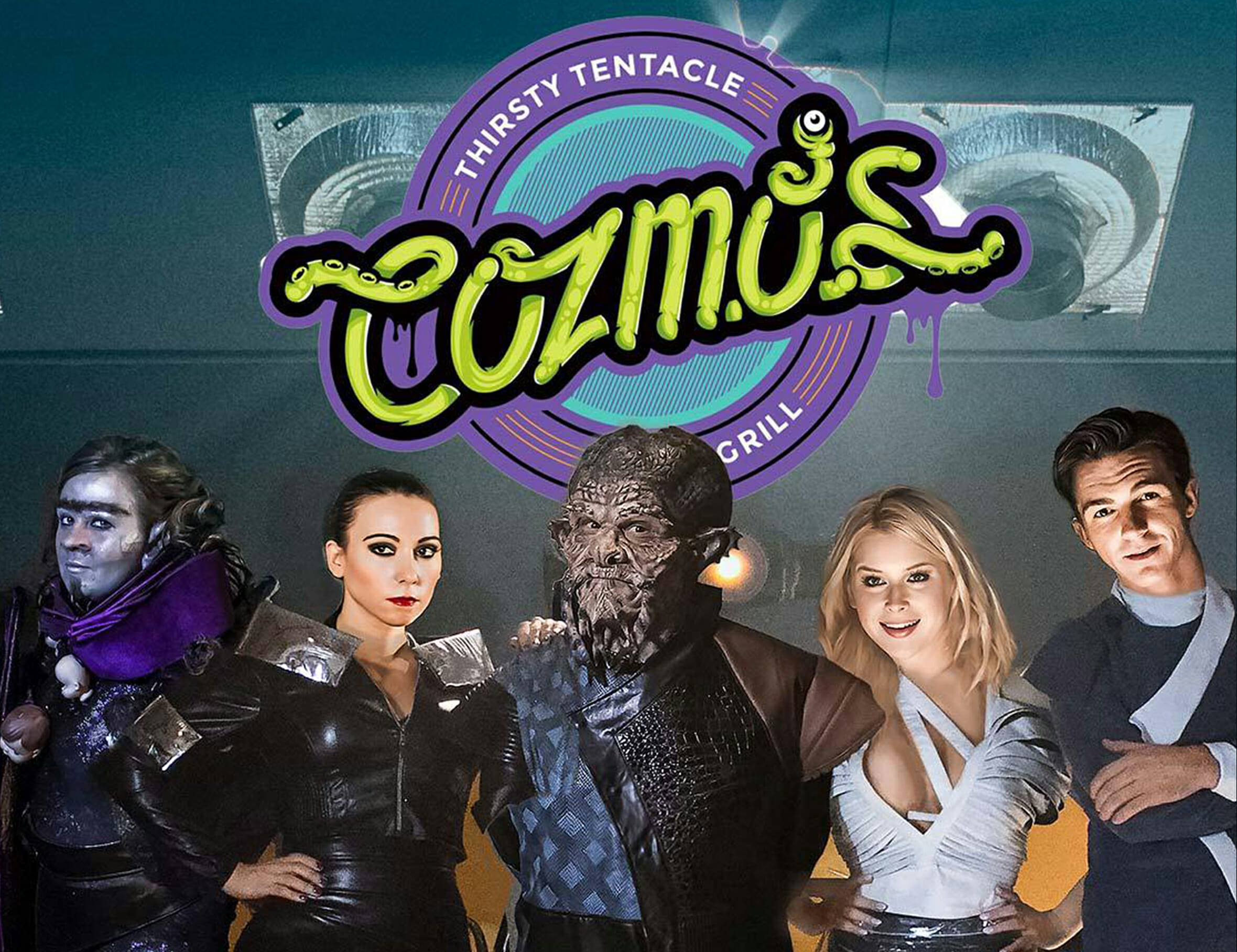 Set in a “crossroads bar” on an alien planet that’s on the edge of a galactic war zone with a cast full of far-out characters including intergalactic spies, smugglers, bounty hunters, and even an interplanetary madam. The series will feature original art by legendary Star Wars artist Ralph Mac Quarrie. 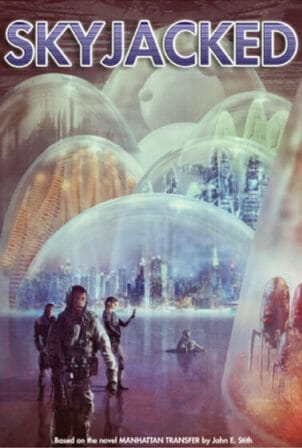 Science-fiction author John E. Stith’s novel, “Manhattan Transfer” was a Hugo Award Honorable Mention. His work has appeared Amazing Stories, Analog, Dragon, Fantastic Stories, Nature, Story, and others. His novels have been translated to numerous other languages, and he appeared on a live nationwide PBS broadcast on science fiction.

In this compelling series, the entire city of Manhattan is ripped from the surface of the Earth and placed under a huge, clear dome. The trapped residents can see dozens of similarly trapped alien cities, but are clueless as to the aliens’ purpose. As the captives plot their escape, they discover the worst is yet to come.Is this some sort of cosmic zoo exhibit, part of a scientific experiment, or perhaps (gasp) fresh groceries for aliens? As the humans attempt to break out of their prison to make some sense of their new world and communicate with other civilizations on the plain, they soon discover that their kidnappers aren’t the aliens they really have to worry about. 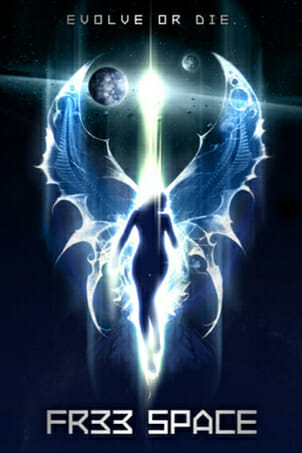 Set 150 years in the future, this adrenalin-charged science fiction series explores the lives of humans who can recode their DNA to become completely new and different beings. These humans have fled into the vastness of Free Space to avoid persecution by a ruthless United Earth government, whose goal to preserve their version of the human race now threatens to destroy all of humanity. 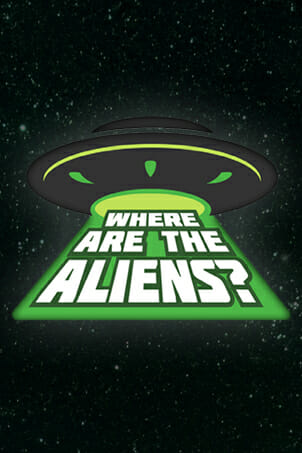 WHERE ARE THE ALIENS?

A news-entertainment series reporting on the exciting research being done to scour our universe for signs of extraterrestrial life. Interviews with scientists and researchers discussing their methodology to locate and identify potential alien life.

Our series will examine the history of SETI (the Search for Extra-terrestrial Intelligence)  the detection methods used in the past, as well as current state-of-the-art thinking. We’ll report on the latest theories as to why we haven’t found alien life. Are we using the right technology? Are the aliens intentionally hiding from us? Is our universe a hologram simulation? These questions have intrigued the greatest minds of our time:

“Sometimes  I think we ’re alone in the universe and sometimes I think we ’re not. In either case, the idea is  quite staggering.”  -- Arthur  C. Clarke 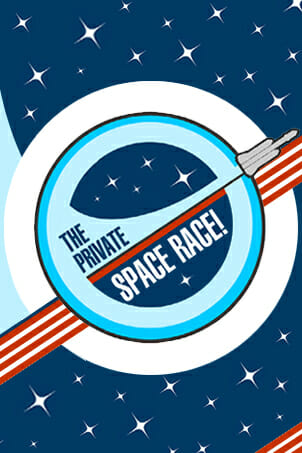 A  news-entertainment web series focused on the history, current projects, and the future plans of billionaire entrepreneurs hoping to send a new generation of civilian astronauts into space!

THE  PRIVATE  SPACE RACE  will research the motivations of billionaire businessmen  Elon Musk, Jeff Bezos, and Richard  Branson. The mission statement of our show is to report on their latest efforts to develop spacecraft capable of taking civilians into low earth orbit and ultimately to the moon and beyond. Forget the 1960’s space race between the USA and  Russia, a new space race has ignited between these three charismatic billionaires – a private space race that may be Earth ’s best chance to take an exponential leap toward realizing a new and glorious age of space tourism. Are we on the verge of living in a world where anyone could blast off into space, visit the moon, and perhaps even travel to another world? Our series shares the exciting and ambitious dreams imagined by a bold new breed of space explorers! 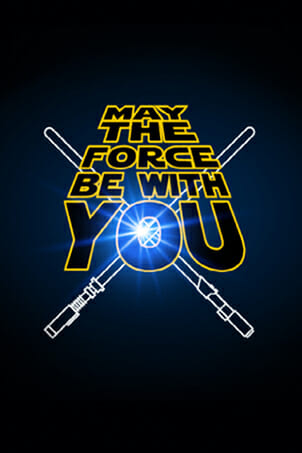 MAY THE FORCE BE WITH YOU

A talk show to discuss all things Star Wars – the ground-breaking original trilogy, the infamous prequels, TV Specials, animated series, the new trilogy and beyond!

George  Lucas introduced the world to Star  Wars on May 25, 1977,  forever changing the way  Science Fiction and Fantasy were perceived by the public.  The epic scope of Lucas’ imagination,  realized by an astonishing leap forward in  the art of special effects photography, created a worldwide movie sensation. Its two ambitious sequels, The  Empire Strikes Back and Return Of The Jedi only added to the  thunderous impact generated by the first film, creating the foundation  for a beloved movie franchise that continues to expand and evolve to this day.  Our series explores the ideas presented in the Star Wars universe. We want to have  conversations about everything that matters to Star Wars Fans: Favorite characters, movie  moments, special effects, art design and more -- we’ll discuss everything from light  sabers to  the Force --  from Luke Skywalker  to Darth Maul to Rey.  Our reverence for these  films and the impact they’ve  had on the lives of fans lies at  the heart of our show; a sometimes  serious, often funny, and always provocative  look at the Star Wars universe. 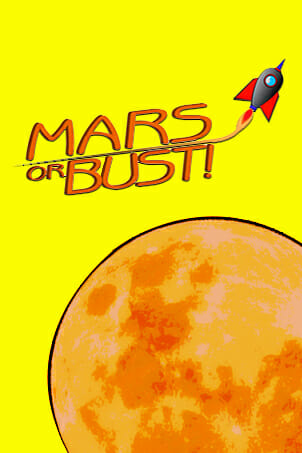 A series of ongoing news reports on the race between Elon Musk, Jeff Bezos, NASA, China, and United Arab Emirates to send the first human to Mars.

Suddenly,  NASA has competition  – serious competition  – and the race to colonize  another world is no longer the stuff  of science fiction. Jeff Bezos, Elon Musk,  and Richard Branson are not only competing against  each other, but with the nations of China, United Arab Emirates, and  the USA. Charismatic billionaires with visionary ambition are pushing the  limits of rocket technology in an unprecedented effort to send men and women into  space and we ultimately benefit from their efforts. Our series highlights individuals  from each organization, comparing their new technologies as we report on their latest successes and  setbacks and what it means for mankind. Our series will look at these attempts to transport humans to Mars in  an optimistic light. This is a new golden age in space exploration and the future of the world’s space programs has never looked  brighter. Mars Or Bust! 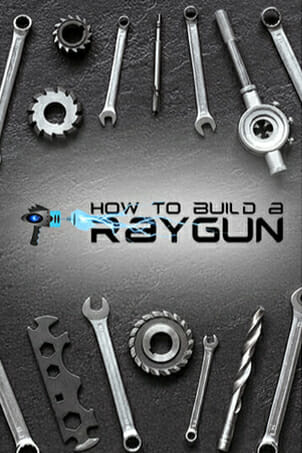 HOW TO BUILD A RAYGUN

A series that instructs our audience how to build real-life, working versions of the amazing futuristic devices seen in science fiction movies, books, and TV shows. 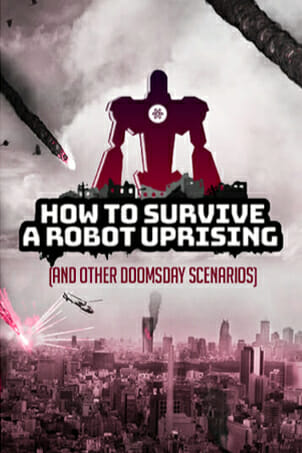 HOW TO SURVIVE A ROBOT UPRISING

Each episode examines the history of a famous sci-fi apocalyptic scenario using clips from movies and television. Highly enlightening and entertaining. 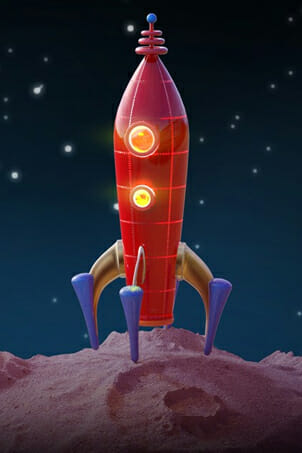 THE MAN WHO SOLD THE MOON

In a race to be the first to settle Mars and explore the Galaxy, tech mogul and space pioneer, Delos McClure offers to sell lunar real estate to fund his audacious scheme igniting a race to the Stars. 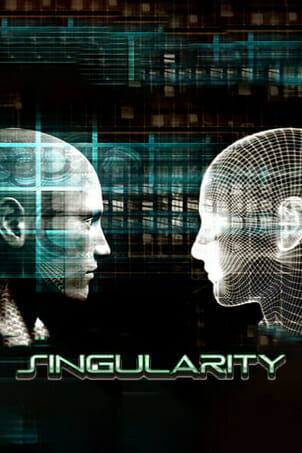 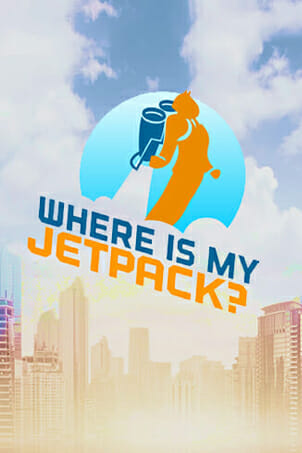 WHERE IS MY JETPACK?

An entertaining news program, Hosted by Tim Russ, discussing the history and the current development of future technology such as flying cars and the personal jetpack. We want to know what happened to the romance of the future promised to us in the past? 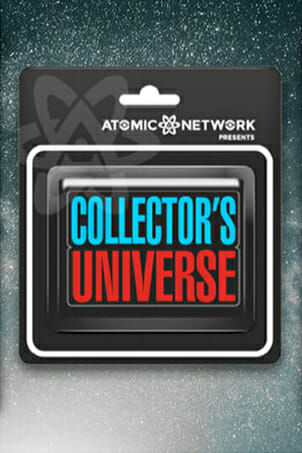 A weekly entertainment series exploring the amazing science fiction and fantasy collections of the most obsessive collectors as well as the world of high-end pop culture collectibles. 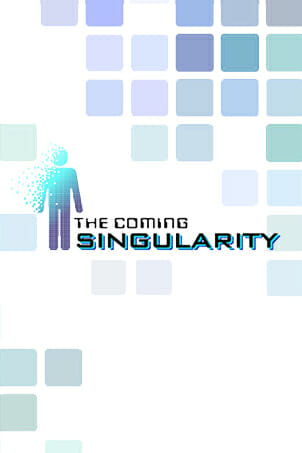 A show that explores all the imaginative,  transformative, possibilities of The Singularity -- Ray Kurzweil’s prediction of the future merger of man and machine. 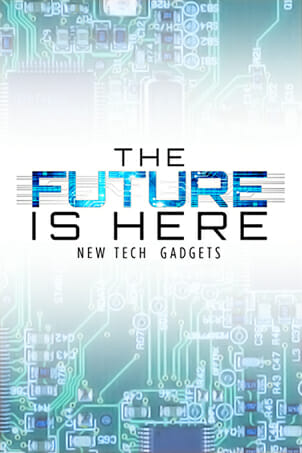 THE FUTURE IS HERE 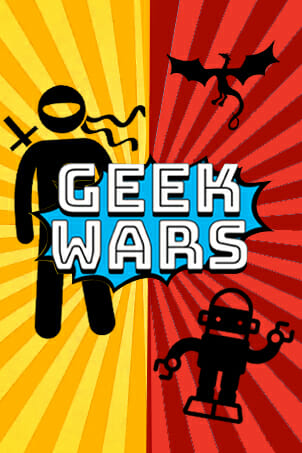 Using actors and special effects to recreate the look and sound of famous film and TV franchise characters, pitting them in battle against each other. We'll use HD digital cameras to essentially shoot a mini-movie sequence. (10 minutes).