The Dirty Dozen goes interstellar in this exciting Sci-Fi film about a group of rogues, rebels, and outcasts who find themselves faced with the greatest threat the Confederation has ever encountered. The Admiral and Kovok recruit Captain Lexxa Singh and her rogue crew to do those missions that no one else can or will do. When the Confederation is threatened and standard protocol won’t work, it is up to this rag-tag group of Renegades to save them all.

The Admiral, played by Walter Marvin Koenig. Walter Marvin Koenig is credited with writing an episode of the series titled "The Infinite Vulcan", making him the first cast member to write a Star Trek story for television. He received Saturn Award nominations for Best Supporting Actor in a Film for both Star Trek II: The Wrath of Khan and Star Trek IV: The Voyage Home. Koenig played the role of Chekov for the fan webseries Star Trek: New Voyages, "To Serve All My Days", and the independent Sky Conway/Tim Russ film Star Trek: Of Gods and Men, both in 2006, and Star Trek: Renegades, in 2015. According to the teaser for Renegades episodes 2 and 3, he will appear playing the role of Chekov. 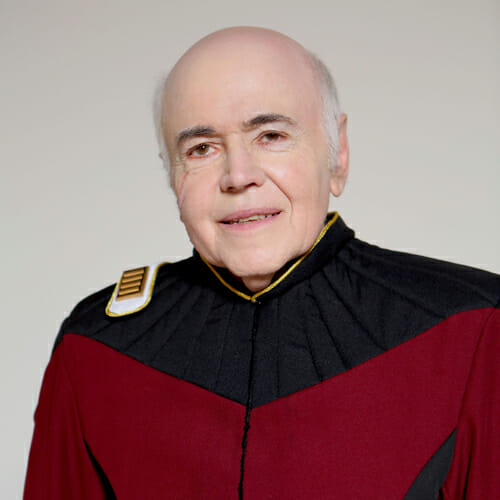 Cordero is played by Robert Adame Beltran, actor born in Bakersfield, California. He is the seventh of ten children, of Mexican-Native American ancestry, though Robert describes his heritage as Latindio. After finishing high school, he attended Fresno State College, where he graduated with a degree in theater arts. Known for his role as Raoul Mendoza in the 1982 Paul Bartel's black comedy film Eating Raoul, and as Commander Chakotay on the television series Star Trek: Voyager.

In the theater, he has appeared in productions for Luis Valdez's El Teatro Campesino, the LA Theater Center, the California Shakespeare Festival and others. Robert founded and serves as co-artistic director of the East LA Classic Theater Group, with a staff of professional actors. There, he played Hamlet and served as co-producer as well as director. Robert appeared in A Midsummer Night's Dream; King Henry IV; A Touch of the Poet; and The Price, among others.

In 1995, he got the part of Commander Chakotay on Star Trek: Voyager (1995). At that time, he received a Nosotros Golden Eagle Award as best actor in a television series. Robert supports National Down Syndrome Society and lives in Los Angeles, California. 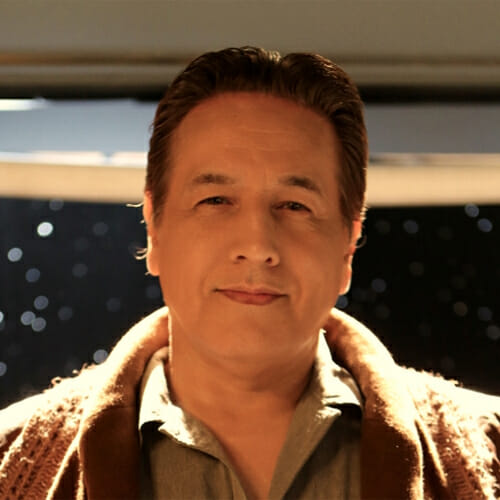 Shree is played by Courtney Peldon, Actress, Casting Department and Miscellaneous Crew, born on April 13, 1981 in New York City, New York, USA. She is a talent agent and actress. She has appeared in many roles on various television shows such as That '70s Show, Entourage, The Pretender, Star Trek: Deep Space Nine, Renegade and Nash Bridges and Star Trek: Renegades, the fan film based upon the Star Trek franchise. 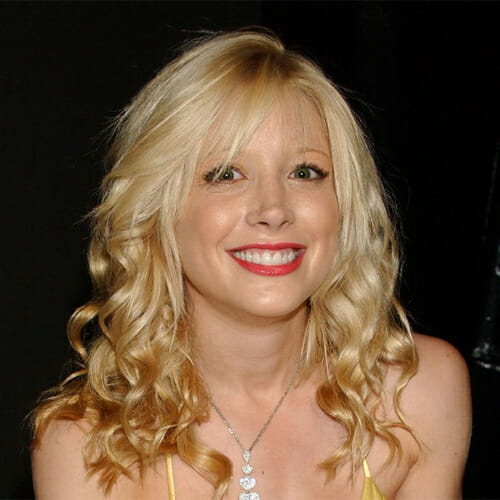 Chaffee, played by Manu Intiraymi, Actor, Producer and Writer. His unique name is a combination of Manu (The Incan God of Law) and Intiraymi (The Incan God of the sun). Manu was born in southern California but was raised all over the world by his counterculture hippie parents. As an actor, he is most known for his work on Star Trek: Voyager (as Icheb) and as Billy on One Tree Hill. 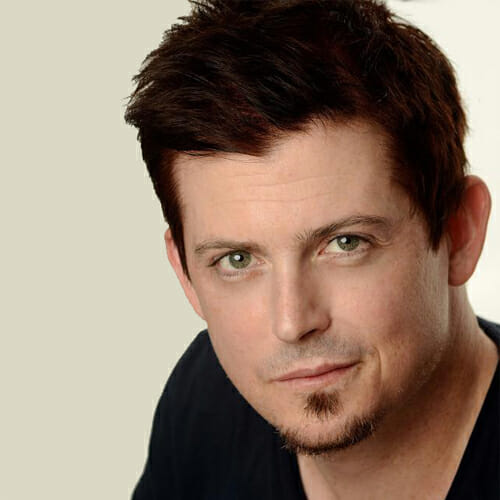 Admiral Armstrong played by actor Bruce A. Young. is an American television, film, and stage actor, television writer and screenwriter. He is an actor and writer, known for Bajos instintos (1992), Jurassic Park III (2001) and Risky Business (1983). Young is best known for his role as Captain Simon Banks in the UPN science fiction police drama The Sentinel. He also had roles in the films Risky Business, Jurassic Park III, The Color of Money, Basic Instinct, Into Temptation, Enough and Star Trek: Renegades (2015, TV Series). 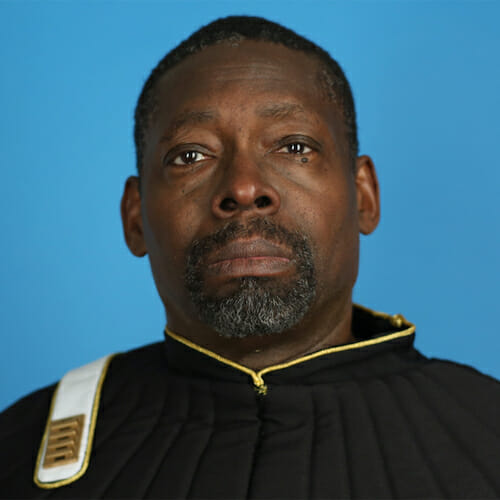 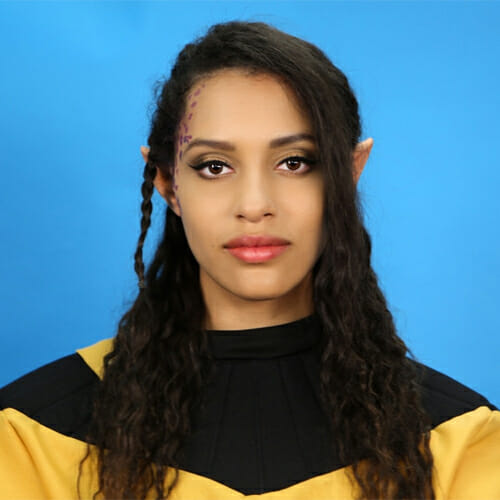 Admiral Grace Jeminson is played by Nichelle Nichols, Actress and Producer  born on December 28, 1932 in Robbins, Illinois. She began her show business career at age 16 as a singer with Duke Ellington in a ballet she created for one of his compositions and later sang with his band. After switching to acting, she was twice nominated for the Sarah Siddons Award for best actress. On Star Trek, Nichols was one of the first black women featured in a major television series. Dr. Martin Luther King Jr said to her that he was a big fan of Star Trek. 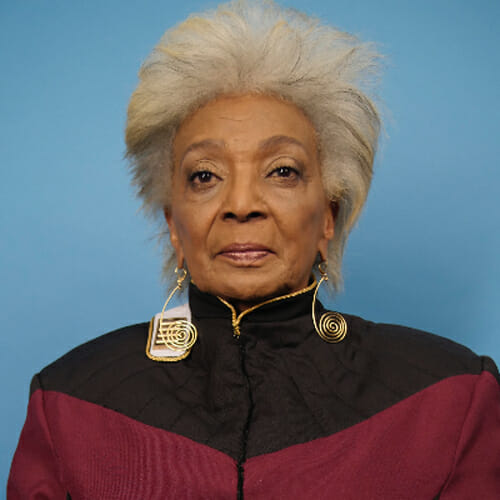 Kovok is played by TIM RUSS, actor, director and musician for the past thirty-five years. His talents encompass a wide spectrum of the performing arts including composing, musical performances, writing, producing, directing, and voice-over.   His acting credits include; LIVE FREE OR DIE HARD, THE PEOPLE NEXT DOOR, STAR TREK-VOYAGER, SAMANTHA WHO, and iCARLY.

Tim's music can currently be found on www.cdbaby.com and iTunes, and he performs regularly in Los Angeles with his band. As a producer Tim headed up a number of projects including the feature film, EAST OF HOPE STREET and an award winning children’s book/audio CD entitled, BUGSTERS,”  published by Wood’s N’ Water Press.

Mr. Russ has also entered the TV/Film directing arena with credits including, STAR TREK: VOYAGER, STAR TREK: RENEGADES,  THE FBI FILES, and the feature films, STAR TREK: OF GODS AND MEN, and NIGHT AT THE SILENT MOVIE THEATER, and the award winning web series, BLOOMERS. Tim recently received an EMMY AWARD for his directing of several commercials for the FBI, and will be directing a feature film late March 2016 entitled, JUNKIE. 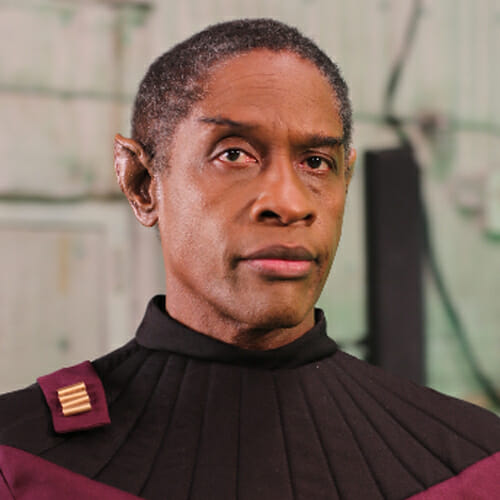 Eisenberg played the Ferengi Nog, on Star Trek: Deep Space Nine. Although the part called for him to appear under heavy makeup to appear as a Ferengi, he appeared without makeup as a news vendor in the episode "Far Beyond the Stars". He later guest-starred as a Kazon, called Kar, on "Initiations", an episode of Star Trek Voyager. 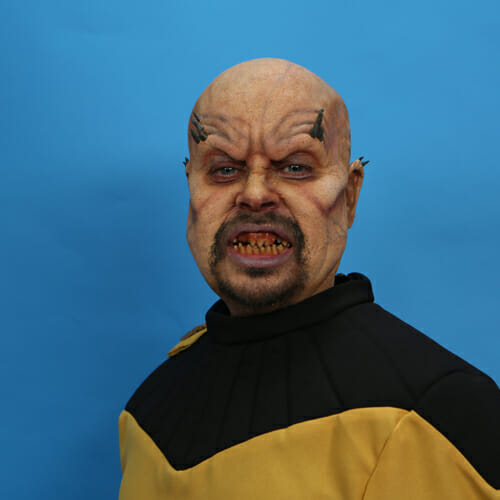 Jacob is played by actor Cirroc Lofton, born on August 7, 1978 in Los Angeles, California, USA. He is an actor, known for Beethoven (1992) and Invasion (2005). He is also known for playing Jake Sisko on the successful 1993 to 1999 TV series Star Trek: Deep Space Nine, which was his first major role on a TV series. 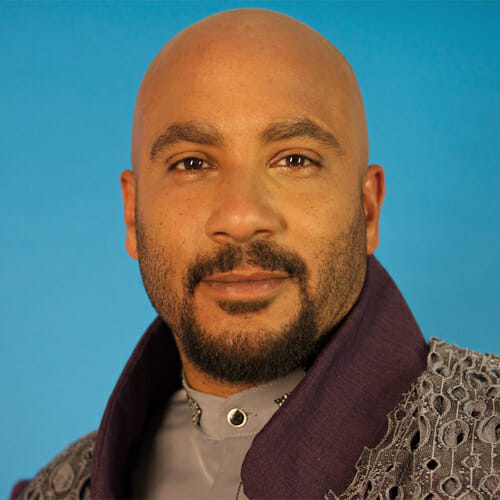 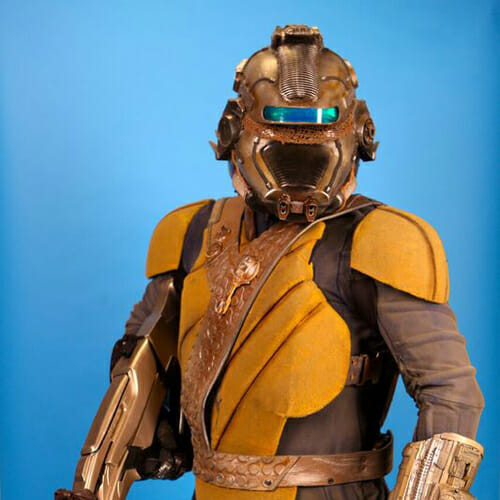 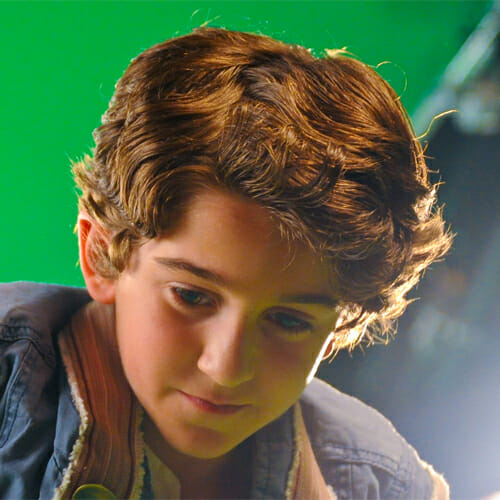 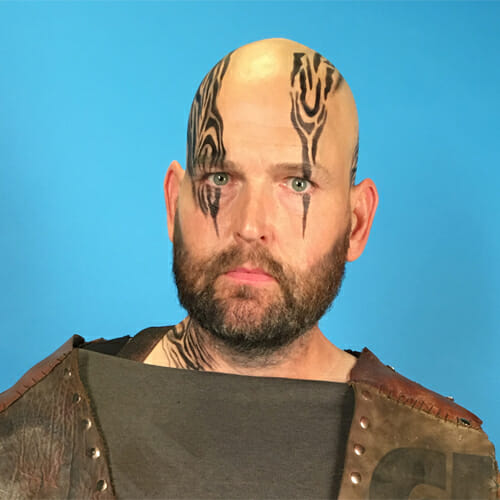 Lexxa Singh is played by Adrienne Wilkinson, Actress, Producer and Director born in Missouri. She started taking dance classes at the age of two, and was performing in recitals and on stage almost immediately. Her pursuit of dance continued through high school with various dance classes and companies. While a senior in high school she joined a theater troupe.

She is known for playing Livia/Eve, the daughter of Xena in the TV series Xena: Warrior Princess. She has appeared in numerous television series such as Angel, Charmed, ER, and Venice: The Series, and played Captain Lexxa Singh in Star Trek: Renegades.

In 2005 she had guest appearances on Charmed as Phoebe Halliwell's first disguise of the season. Her most recent work includes the pilot for the dramatic series Frequency, the pilot for Bump & Grind, the film Burning Dog, and the feature-length pilot, Star Trek: Renegades, where she plays Captain Lexxa Singh, a descendant of Khan Noonien Singh. 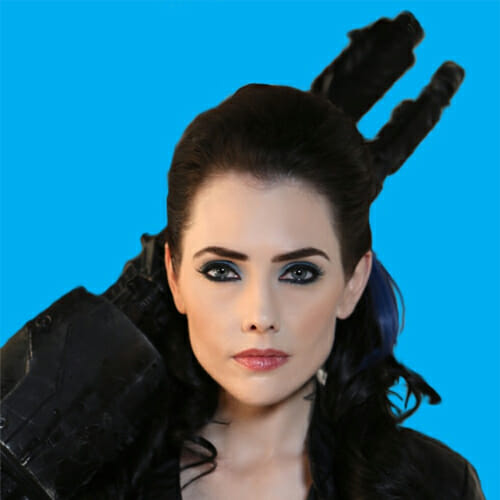 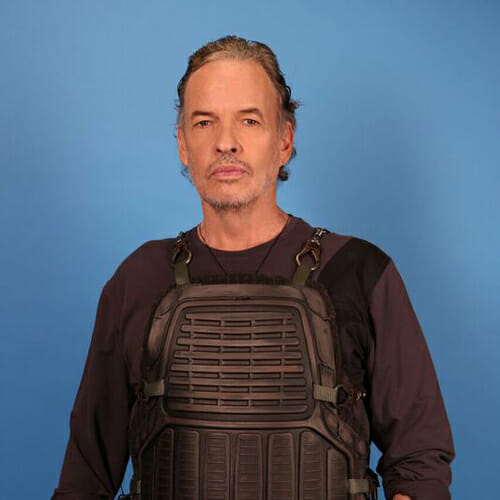 Captain Alvarez is played by Corin Nemec, Actor, Producer and Writer born in Little Rock, Arkansas. He now lives in California. His first acting parts were in the series Webster (1983) and Sidekicks (1986). He then got a part in Tucker: The Man and His Dream (1988), directed by Francis Ford Coppola, followed by lead roles in I Know My First Name Is Steven (1989) and My Son Johnny (1991), and the lead role in the TV series Parker Lewis Can't Lose (1990). Nemec is known for playing the title character on Parker Lewis Can't Lose, Jonas Quinn on Stargate SG-1, and Harold Lauder in the ABC miniseries The Stand. 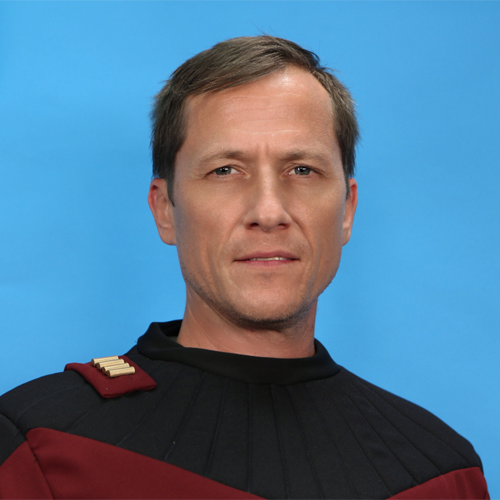 Ensign O’Riley, played by actress Hana Hatae was born in California, USA as Hana Rebecca Hatae. She is an actress, known for Star Trek: Deep Space Nine (1993), Star Trek: The Next Generation (1987) and Family Matters (1989).

The Assistant played by Janel Tanna, Actress, Producer and Writer. SAG-AFTRA actress, occasional writer/producer. Resides in NYC and also works in LA. Trained in method acting at the Lee Strasberg Theater and Film Institute. Also trained in the Meisner technique with James Brill of the Neighborhood Playhouse. Trained under Carl Ford of Susan Batson studios for character preparation. Janel also has theater and film experience. 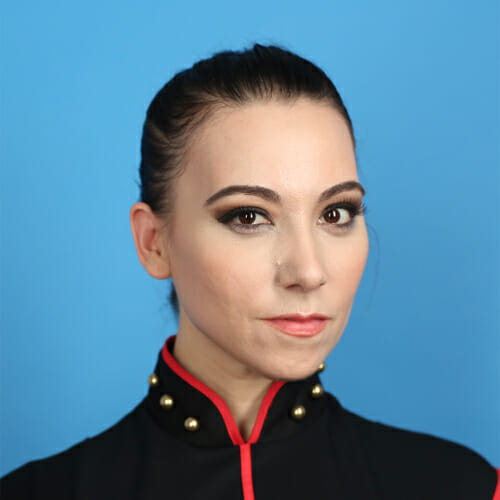 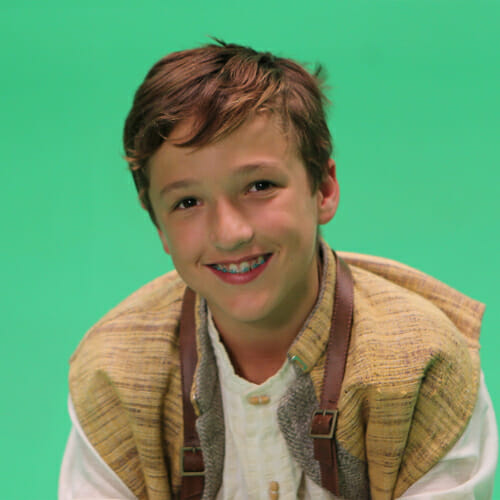 Bevus is played by Darth Schuhe, known for his work on Sincerely Yours, Tabitha (2013), Funny Business (2010) and Trek Wars: The Motion Comic (2014). Darth is an actor and film maker who appeared as an Enterprise crewmember in J.J. Abrams' 2009 film Star Trek. As an actor and boom operator he also worked on the 2013 fan film Trek Wars: The Movie along with fellow Star Trek actor Ryan T. Husk. Schuhe worked as associate producer on the short comedy The Contest 2: Darth and Mike Strike Back! (2008) and on the short crime comedy Funny Business (2010) for which he also wrote the story. On both short films he worked with Ryan T. Husk. 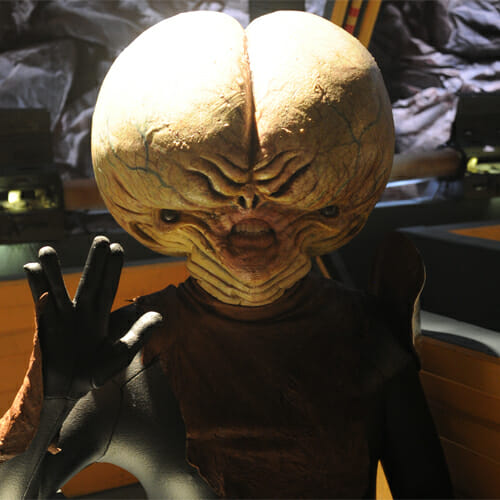 Jada is played by Terry Farrell Actress born on November 19, 1963 in Cedar Rapids, Iowa. At age 15, she became a foreign exchange student to Mexico, and, from that experience, she decided she would like to live a more adventurous life in the big city. She sent several photos to a modeling agency and then, at age 17, dropped out of high school and became a mode. She is best known for her role as Jadzia Dax in the television series Star Trek: Deep Space Nine.
In 2017 she appeared in the web-series Renegades, based on the fan film Star Trek: Renegades, playing the character Jada. This production features many Star Trek alumni, including Walter Koenig, Nichelle Nichols, Robert Beltran, and Tim Russ among others. 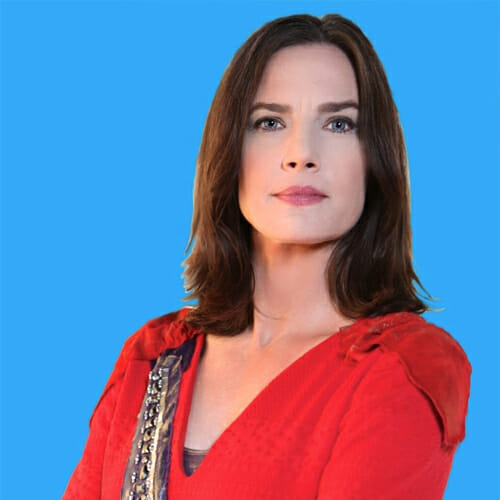 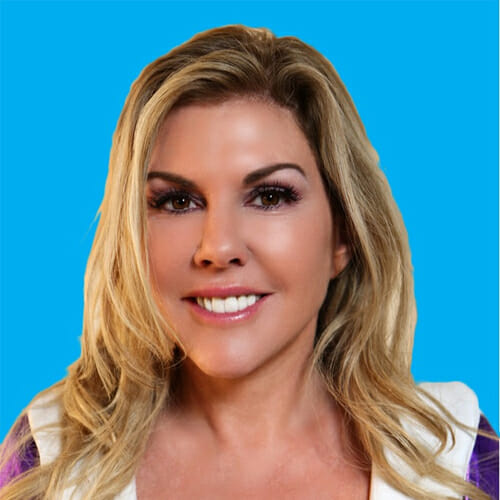 Ronara is played by Actress Chasty Ballesteros, born in Vancouver, British Columbia, Canada. She is an actress, known for The Ranch (2016), The Newsroom (2012) and The Internship (2013). Chasty is of Filipino descent, who has had roles in Smallville, Supernatural, Psych, Sanctuary, Ray Donovan, The Ranch, and How I Met Your Mother. Ballesteros moved to Vancouver after high school, to pursue a career as a hairstylist and a manager of a hair salon as well as a model and an actress. 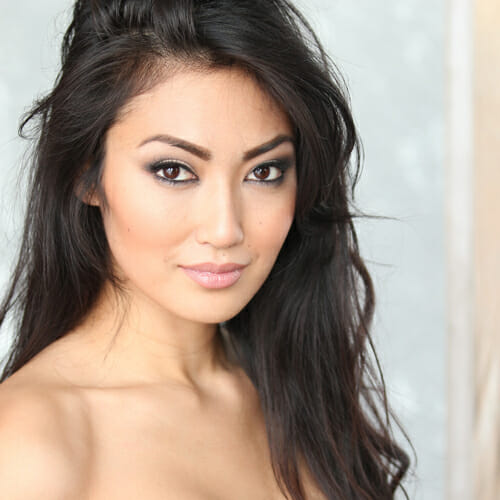 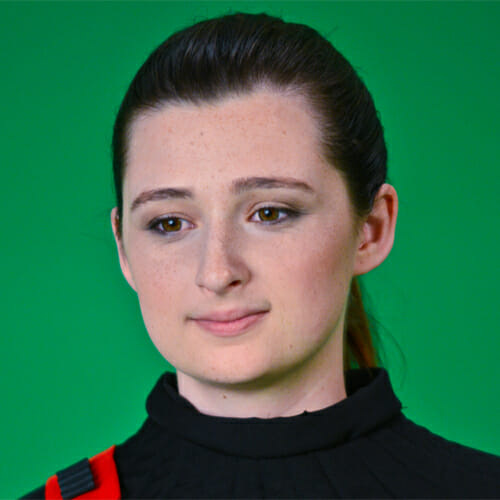 Lt. Largent is played by Actor, Producer and Editor Ryan T. Husk, born as Thierry-Gilles Ryan Husk. He is an actor and producer, known for Renegades (2017), 5th Passenger (2018) and Blade of Honor (2017). He was featured as an Enterprise crewmember in J.J. Abrams' Star Trek and as a Starfleet officer in the 2013 sequel Star Trek Into Darkness. Husk is also working on several fan films including his role as Captain William S. Riley in Trek Wars: The Movie (2013) and Tim Russ' fan film Star Trek: Renegades (2014). 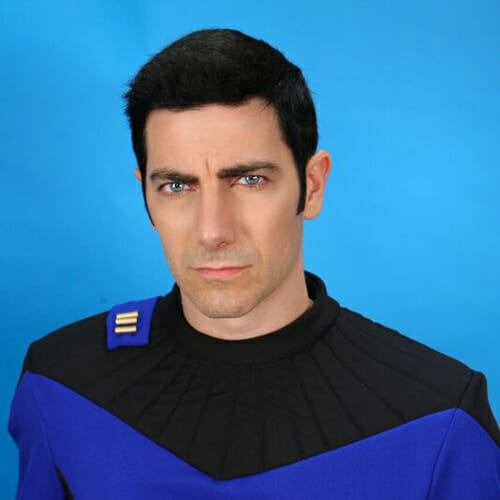 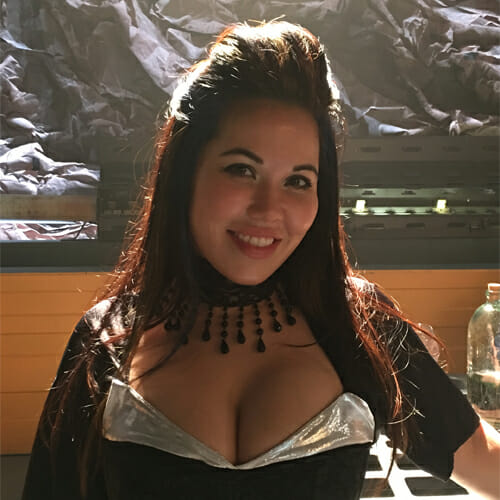